An inside look at a lumber mill that still uses mostly manual and skilled labor to process logs.

A few miles east of Newport lies the timber town of Toledo, Oregon.  At about 3,500 people, the city is nestled in the western slopes of the coastal mountains and has a skyline dominated by the chimneys of the Georgia Pacific paper mill.  Directly across the river is a lumber mill called Western Cascade Industries.

It’s a small mill compared to others in the state.  It’s also an independent, family-owned business owned by Ted Stock.  The day-to-day operations are run by Stock’s son, Ross, who gave up a career as a web developer to get into the family business. 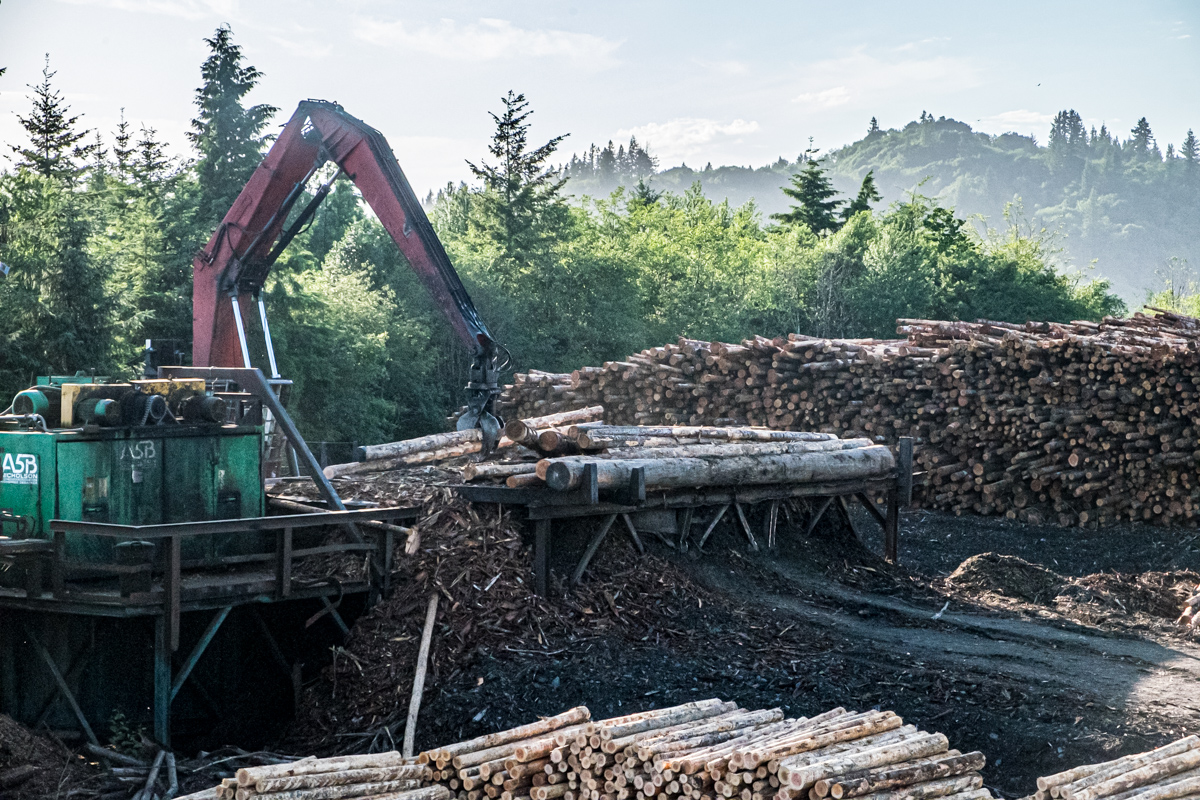 The workforce expands and contracts as market conditions dictate. Currently about 85 people work over two shifts running four days a week. The company has the capacity to produce about 60 million board feet of lumber a year.

Western Cascades Industries was founded by Ross Stock’s grandfather and little has changed since the Toledo mill was purchased in 1998. Ross Stock says some equipment they use dates back to the 1950’s.

They are a “low-tech operation,” he says, and as such they use more labor-intensive practices to extract value out of salvage timber that would be irregular for more modern and automated plants. Ross Stock says his IT backround has allowed him to move much of the mill's administration into the cloud, streamlining the paperwork. 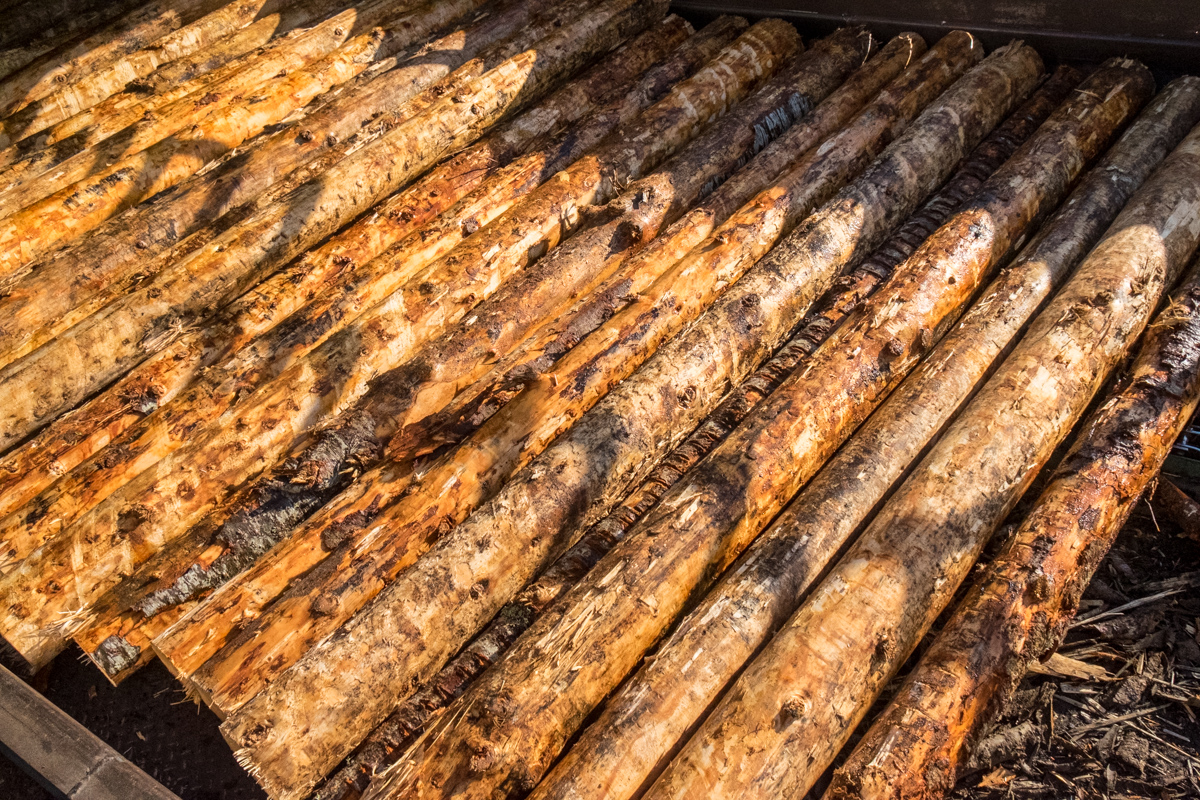 Much of the wood that comes to the company is small, and often only parts of the logs are suitable to turn into lumber. The good parts of the timber are segmented out into “blocks” to be milled.

“If it wasn’t for us, these logs would go right into a chipper,” says Ross Stock. 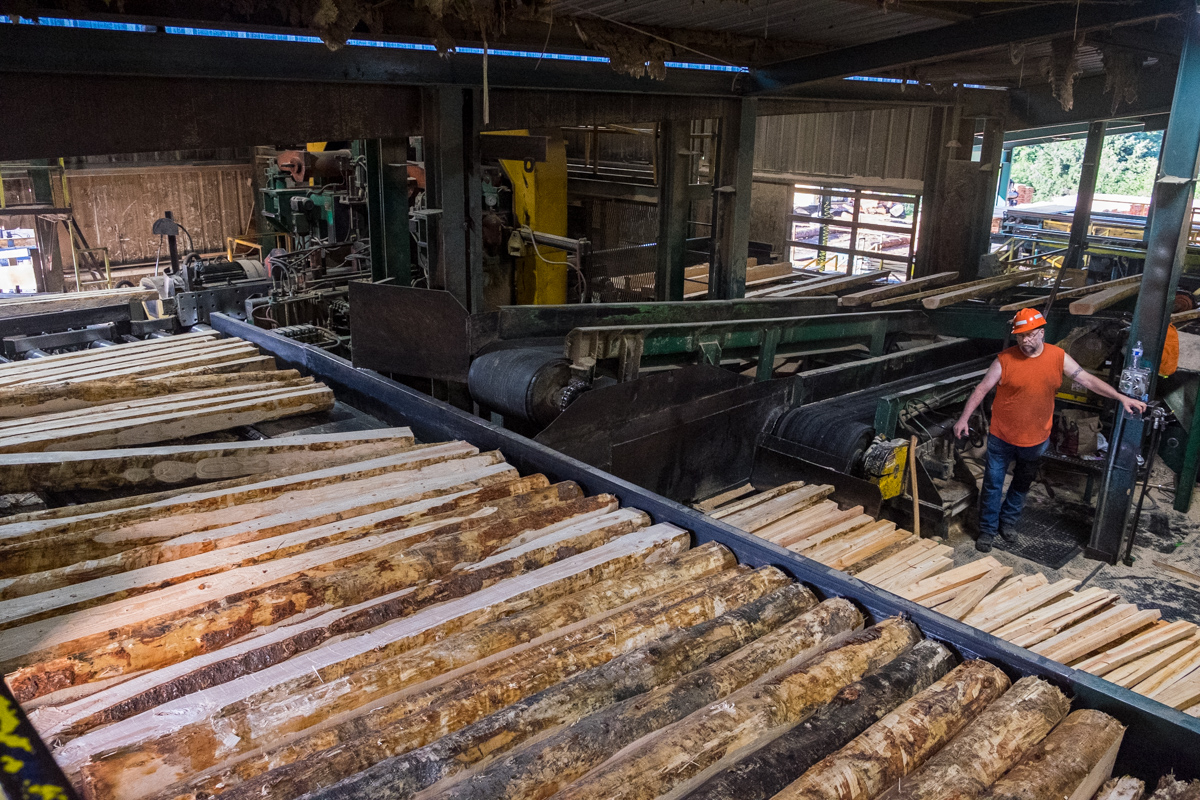 Machines quickly move the logs through the milling process, but it is the workers who have to make judgments about how to extract the most usable lumber. 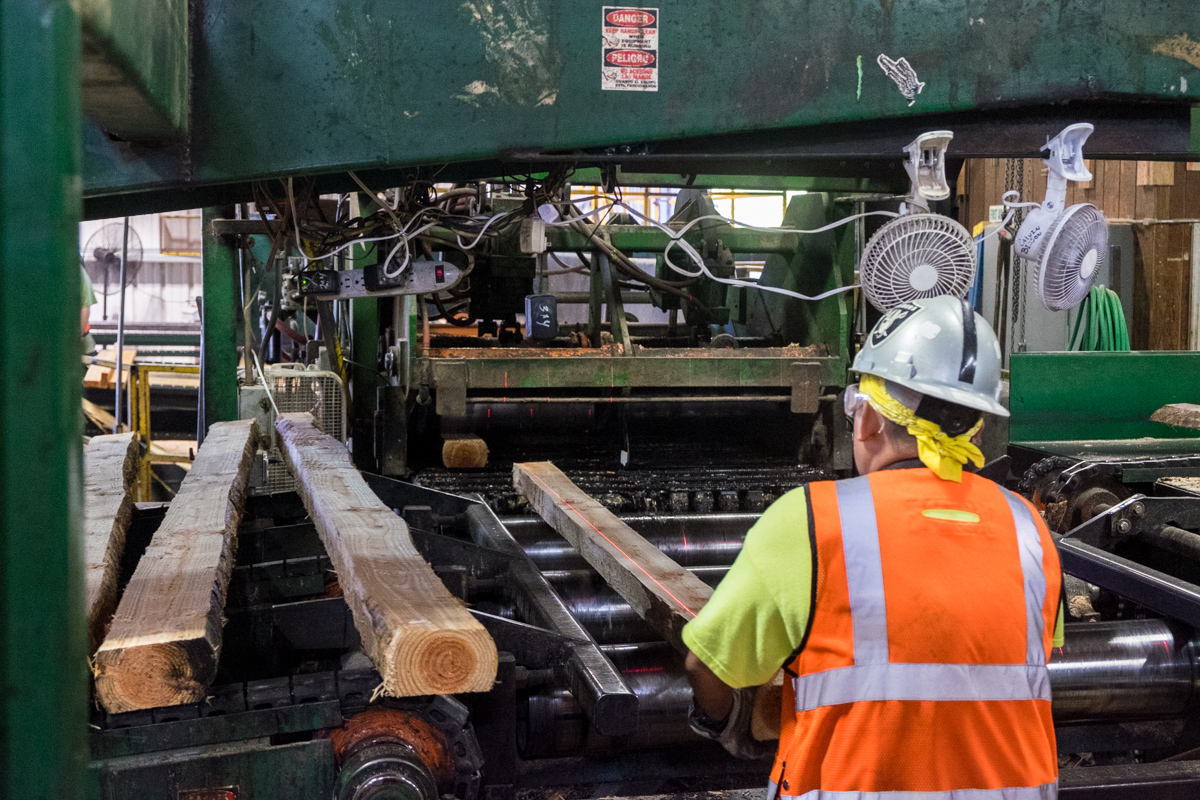 In the photo above, a staff person lines up the wood with a laser to saw off the uneven edge. 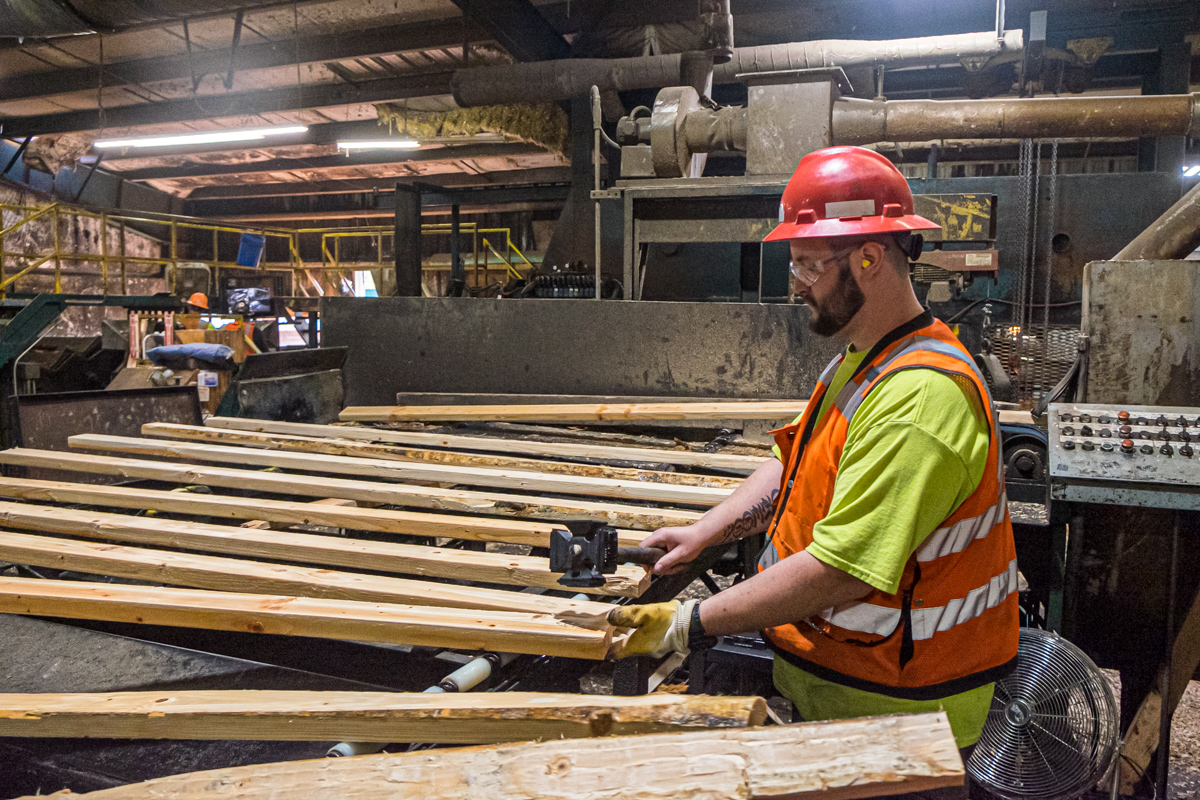 As lumber comes out of the mill, a grader marks and sorts each board according to its quality.  Lumber grading is a skilled job that requires state certification. 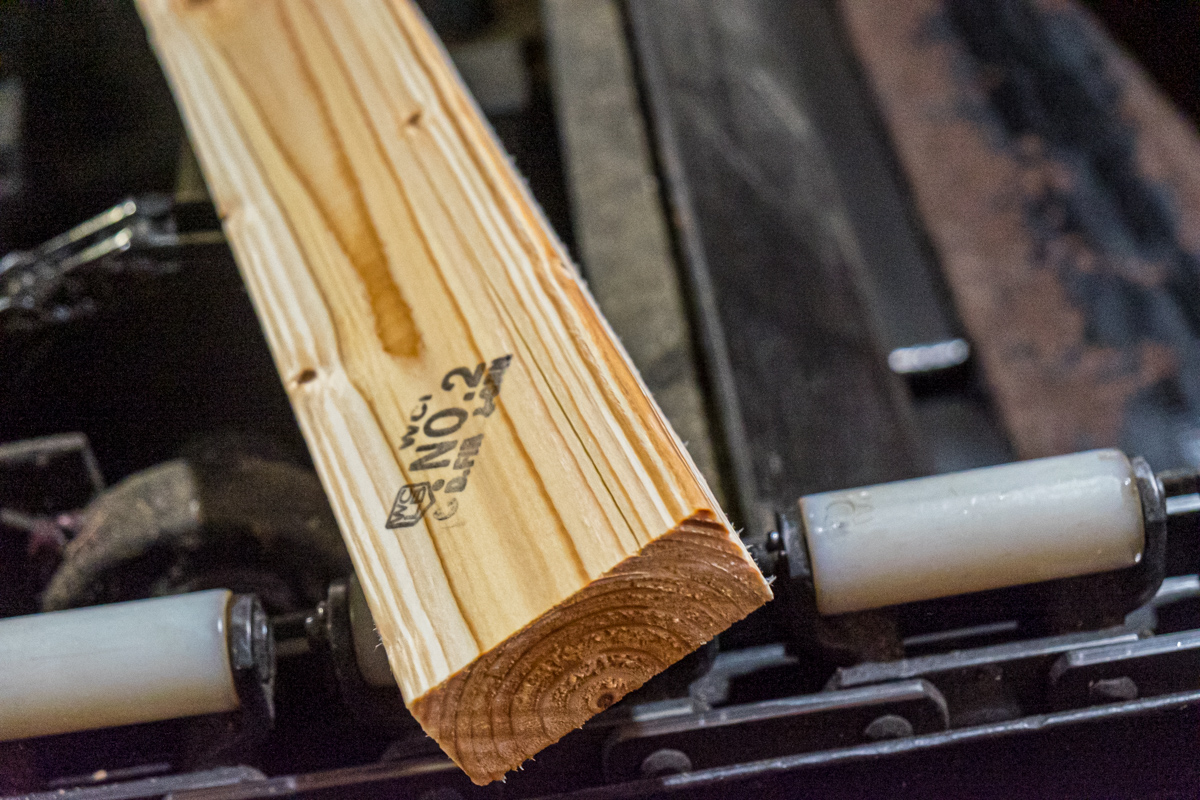 A board graded No. 2 or better is deemed of high enough quality to be used in construction.  A No. 1 graded board is pretty enough to be sold at retail stores, such as Home Depot. Ross Stock says they don’t bother with producing lumber for retail stores and sell their higher grade (2 and up) studs wholesale to construction companies. 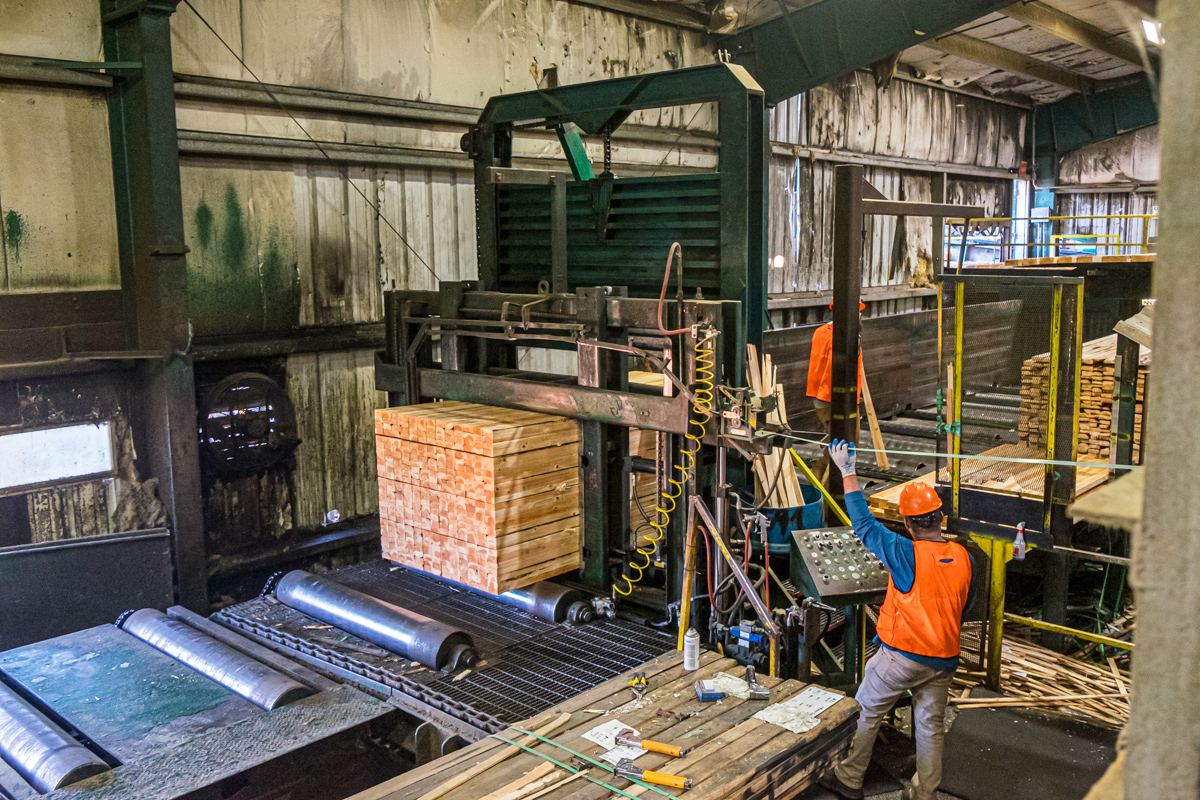 Once graded the lumber is bundled for delivery to customers.  Wood that’s too low-quality for building is sold to pallet manufacturers and others that don’t mind rough boards.  What’s left over is sent to Georgia Pacific across the river. 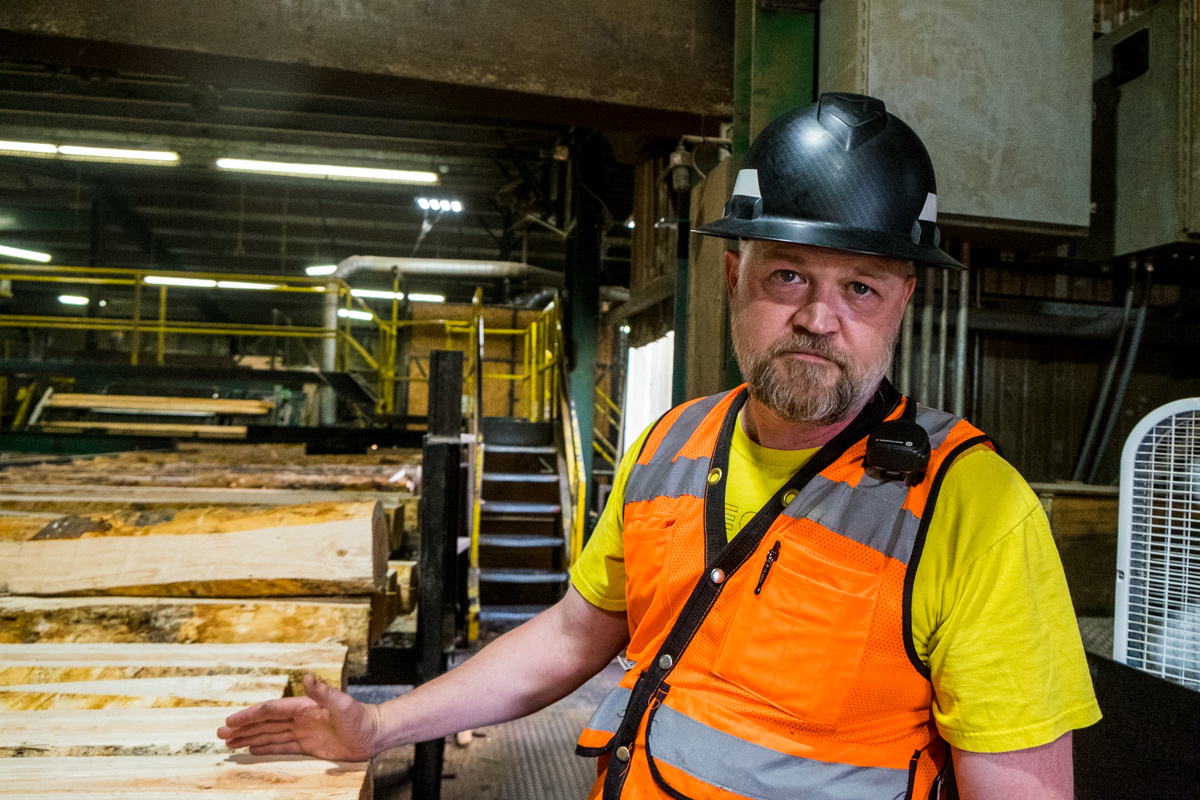 Lumber prices are low and margins are small. Many lumber mills did not survive the Great Recession as the construction industry crashed.

Ross Stock says the secret to the company's survival is to not be greedy. “We don’t try to get bigger. You watch the dominos rise up and then fall around you.”

More in this category: « ‘Consumers love to try something new’ Beyond the Timber Wars »